In January of 2009, we began to seriously consider moving back to Fairbanks. There was something big holding us up...and that big thing was diabetes. We had lived here previously and we knew that sometimes medical care could be lacking. After all, Fairbanks is remote. 6 hours north of Anchorage....less than 200 miles south of the Arctic Circle. Jada had been diagnosed with diabetes about 6 months after we had moved back to the lower 48. We felt relieved that we were in a big city with a large hospital who could take care of her and give us some good tools. She was so sick upon diagnosis, that if we had been living here at the time, I don't know if she would have survived. It would have meant Jada being transported by plane to Anchorage or even Seattle for treatment. So, we had some serious concerns about moving back.

However, we really believed that God was calling us back here....and knew that He would provide our every need and that Jada would be taken care of. If anything, we KNEW how to take care of her and if we had to drive 6 hours to Anchorage every three months for an A1C, we would do it. I decided to make a few phone calls. I found out there was a diabetes center...found the phone number and called. That was the most reassuring phone call that I could have made. You see, Dr. Woodward, they told me all about you and Dr. Steiner and how you both had stepped up to the plate and were taking good care of all the Type 1 kids in the Fairbanks area--because there are no enodocrinologists in Fairbanks. I knew then, that, God was giving us the go ahead...that care was available and that the care was good.

The first time I met you, I was even more reassured. Jada was so shy...and you were so patient with her. You won her over the first time you brought a sample pump out and she held it in her hands....and then told her they came in pink. That first visit, Jada had a low blood sugar and you were more ready than I was. You quickly disappeared into your office and brought back a juice box with Bert and Ernie on it...her favorite kind. When Jada's A1C came back at 6.7...you were just as excited as I was. The next visit when it rose to 8.0.....you weren't critical...you were encouraging...and we carefully evaluated her numbers to see what changes we needed to make. And we did well....the next A1C was 7.6.....and you were so happy with it. When I failed to thoroughly log blood sugars, you didn't jump all over me..actually, when I apologized, you smiled and told me that you knew I would do better next time...that I was busy and that I had my hands full with 4 kids plus a new job.

You were a student of this disease. As a matter of fact, you only prescribed one pump to all of your patients...because you were the ONE person in town that we would be able to get some help from if something went wrong. You listened to me.....you understood that I was the primary care giver and that ultimately, her care was in my hands on a day to day basis. You were my cheerleader and sounding board.

And now you're gone. It's been a shock...I've had a hard time processing it this week. Where do we go from here? Do we give Dr. Steiner a try? Do we go to Anchorage or Wasilla? All I know is that I really would like to have you back! Jada's pump arrived just a few days before you passed into eternity......I was so looking forward to this journey with you. Your amazing staff, however, is pressing on and taking care of all of your kids. I found out today that there will be 2 other kids close to Jada's age taking the pump class with us. Do their moms feel as I do? Like we're starting this journey without our greatest advocate? I know we'll figure it out...and I know that we'll press on...but it won't be the same with out you......

Dr. Marianna "Missy" Boaz Woodward passed away unexpectedly on Sunday, July 25, 2010, in Fairbanks.
She is remembered and mourned by countless family and friends in Alaska and on both coasts of the United States.
Born in Charlottesville, Va., on Jan. 27, 1951, Missy grew up on her family's apple farm south of town in Covesville. She graduated from Lane High School in Charlottesville and attended Agnes Scott College in Atlanta one year before transferring to Davidson College in North Carolina. When she graduated with honors in 1973, she was the first female graduate in the school's history. She and her husband, Kes, who graduated with her from Davidson the same year, were married in 1971.
The couple moved to Alaska in 1977, living in Juneau and Anchorage before moving to Fairbanks in 1981. An art major at Davidson and full-time studio potter during her first few years in Alaska, Missy decided to become a doctor and completed three years of undergraduate science courses in Juneau and Fairbanks before entering the WAMI medical program. She received her medical doctor's degree from the University of Washington in 1987 and completed her pediatric residency at Dartmouth Hitchcock Medical Center in Hanover, N.H. in 1991.
Missy joined Tanana Valley Clinic in 1991, and in addition to seeing pediatric patients, served as the clinic's president and for several years as its first medical director. She continued to practice with the remarkable staff of TVC and Fairbanks Memorial Hospital at the time of her death.
Missy was preceded in death by her father, Emmett Daniel Boaz Jr.; her mother, Marianna Wilson Boaz; and her sister, Ada Cornelia Boaz.
She is survived by her husband, Kesler Woodward of Fairbanks; son, Eli Woodward and his partner Becca Lang of Seattle; brothers, Emmett Daniel Boaz III and Wilson Ashby Boaz of Virginia; sister, Emily Katherine Kroehler of Virginia; treasured nieces and nephews now living in Virginia, Texas and Fairbanks; and her husband's family in South Carolina.
A memorial service for Missy will be held at 4 p.m., Thursday, July 29, at Zion Lutheran Church, 2982 Davis Road, with Pastor Susan Granata of Christ Lutheran Church officiating. A reception will follow at the church.

What else to bring me back to blogging...but our pretty little pink PUMP!!! After what seems like waiting ETERNALLY for insurance approval, I received an email 3 days ago from UPS telling me that they would be delivering a package on the 22nd of July from MEDTRONIC! AND...that it would require a signature...so I knew instantly what it was. Waiting for the last two days has seriously been a little like waiting for Christmas!

I rushed home from work yesterday morning (I work from 4:15 am-9:15am) in hopes that the UPS man wouldn't beat me. And I determined to stick myself to my house like glue so that I wouldn't miss him. We were told that delivery would happen between 10 am and 7 pm..gotta love that! Basically...I couldn't go anywhere! Which was okay, because honestly, I'm rather tired on a daily basis because of the hours I work. Such a great excuse to take a nap. However, my nap was only half there, because I was afraid I would miss the ring of the door bell! Of course, the kids kept their eyes open for me. Jada kept coming inside to ask if that "big brown truck" had brought her pump yet!

5 o'clock rolled around and nothing yet. I had to go and pick Jeff up from work and I JUST KNEW that it would show up while I was gone. I actually asked my neighbor to keep her eyes open for the UPS truck and asked her to sign for it! The suspense was killing me! Fortunately, Jeff works close to home, so I was only gone for 15 minutes. I kept looking for the truck in my neighborhood as I drove so that I could chase him down if I needed to!! :) And yes...I would have!

Jeff and Eli had football and I was supposed to be having my recovery group at the church office at 7. It was nearly 6 pm and nothing yet...not even a sighting of the "big brown truck" in our neighborhood. Jeff left and I called my gals and said that I was moving the group to our home for two reasons....no one to watch the girls AND that pump had not yet arrived!!! So..I commenced with my rushed cleaning and the ever frantic watching out the window for the big, brown truck!! At 6:42 pm exactly, Jada, standing in front of the window, jumps up and down and begins to scream, "It's here....it's HERE!"

I fought back tears while I signed for it....the UPS man was a little baffled by all of the emotion...Jada's excitement, my teary eyes....but I explained to him what it was.....and yet, he still didn't quite get it! :)

Jada could hardly wait to tear into the box...I couldn't either. It was full of so. much. Finally, we found the box that said "Mini-med Paradigm Revel"....there it was....the cutest little pink pump I've ever seen. Of course, Jada wanted to put it on right now and then I had to explain to her what we had to do to start wearing it. She wants signed up for a pump class...like, ummmm...YESTERDAY!

So, it's here. I called the dr. today (and of course she's NOT IN) to let her know we received it and that we are ready for pump class. I hope to hear something back soon...because I'm ready to get going...and Jada is too!
Posted by Amy at 3:49 PM 12 comments:

Amy
I'm a wife and a mom! I've been married for 15 years to an amazing, brilliant man. Together, we have four kids, one who has Type 1 Diabetes. Jeff and I have faced many challenges in our marriage, many moves (more than ten- I've lost count)and are still happily married because of God's grace in our lives. This blog is about my daily life, my marriage, my walk with my Savior, my children, all with Type 1 Diabetes thrown into it. Leave me a note- I would love to hear what other's are thinking! 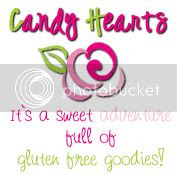 D Blogs That I Love